The podcast of the BC ECHO on Substance Use

Listen here, or wherever you listen to podcasts. You can also subscribe to be notified when future episodes get released.

This project is funded by Health Canada and the GPSC (a partnership of the Government of BC and Doctors of BC). 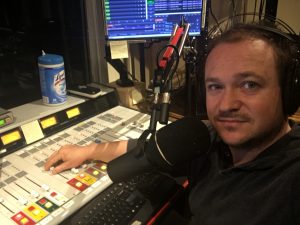 David P. Ball is a multimedia journalist with 20 years’ experience in print, radio and digital news and investigative reporting. He has won awards from the Jack Webster Foundation and Canadian Association of Journalists, and an honourable mention from the Mindset Award for workplace mental health reporting. He has written extensively about B.C.’s opioid emergency, mental health, and community-led drug policy advocacy. Previously with the Star Vancouver, he co-hosts The Pulse show on Vancouver Co-op Radio focused on the Downtown Eastside. He has been published in the Globe and Mail, Toronto Star, National Post, The Tyee, and Agence France Presse.

The BC ECHO on Substance Use worked with Polly Leger (season 1), Ren Bangert (season 2) and others at Cited Media to develop Addiction Practice Pod.

Cited Media is an independent media company based in Toronto that specializes in knowledge mobilization and community-partnered journalism. Cited’s award-winning podcasts and web videos bring producers, scholars, journalists and communities together to co-create groundbreaking original content that makes expertise more accessible to publics, and publics more accessible to experts.

What does it take for people struggling with opioid use disorder to achieve recovery?

And what does “recovery” mean to each person?

In this first episode of Addiction Practice Pod, hosts Dr. Christy Sutherland and David P. Ball and their guests talk about the different ways in which people who use drugs define recovery, and how clinicians can support patients in achieving their recovery goals.

Want to bring treatment for substance use disorder into your practice, but not sure where to start?

In this episode of Addiction Practice Pod, addiction physician Dr. Christy Sutherland, journalist David P. Ball and their guests talk about the nuts and bolts of integrating treatment for opioid use disorder into a family practice. They also discuss the challenges that patients face in accessing medical care, and how health care providers can help bridge that gap by building a well thought-out, compassionate practice.

S1 Ep3: Substance use disorders and trauma- and violence-informed care

Research shows that people with substance use disorders are more likely to have a history of trauma and violence than the general population. This can include negative experiences with police and with medical professionals.

On this episode of Addiction Practice Pod, addiction physician Dr. Christy Sutherland and journalist David Ball take a deep dive into trauma and its links to substance use disorder, as well as the concept of trauma- and violence-informed care. As they discuss with their guests, using trauma- and violence-informed approaches with patients is the key to building strong relationships and supporting them to achieve their health goals.

Young people are the fastest-growing age demographic for hospitalizations due to opioid poisoning in Canada. In British Columbia, more than 1000 youth between the ages of 10 and 29 have died of overdose since a public health emergency was declared in 2016.

This episode of Addiction Practice Pod focuses on caring for youth who use substances. Addiction physician Dr. Christy Sutherland, journalist David Ball and their guests discuss the unique needs of this population and best practice for providing compassionate, evidence-based care for opioid use in young people.

S1 Ep5: The harms of criminalizing substance use

The criminalization of substance use causes demonstrable harms: it isolates people who use drugs, pushes them to use in riskier ways, and deters them from seeking help when they need it. Even so, the possession of illicit street drugs for personal consumption is still criminalized in British Columbia and the rest of Canada.

In this episode, addiction physician Dr. Christy Sutherland and journalist David Ball discuss the years-long overdose crisis in British Columbia, how the criminalization of substance use negatively impacts lives and health, and what role clinicians can play in reducing these harms in the absence of systemic change.

S1 Ep6: Indigenous perspectives on health and wellness, substance use, and harm reduction

Nearly five British Columbians are dying every day of an overdose, but Indigneous peoples in our region face disproportionate harms: If you’re Indigenous, you are four times more likely to die of an overdose than the rest of the population

In this episode, family physician and addiction medicine specialist Dr. Robert Fox and journalist David Ball discuss why clinicians should be mindful of the disproportionate impact of overdose crisis on Indigenous peoples, and best practices to address the disparity.

S2 Ep1: Substance use care in rural and remote contexts

The overdose crisis is affecting all parts of the country, but the majority of research has focused on major cities, and the majority of services are located there too. In this episode of the Addiction Practice Pod, Dr. Robert Fox talks with guests about substance use care in rural and remote contexts.

S2 Ep2: Treatment and care for alcohol use disorder

Alcohol use is highly prevalent, but there is still a lot of stigma associated with alcohol use disorder. In this episode of the Addiction Practice Pod, Dr. Roland Engelbrecht and David Ball talk with guests about alcohol harm reduction, treatment, and the impacts of alcohol use disorder on family and loved ones.

Co-occurring chronic pain is common among people with substance use disorders, particularly opioid use disorder (OUD). Studies suggest that between 36 and 68% of people on opioid agonist treatment for OUD also have chronic pain.

In this episode, Dr. Rita McCracken and David Ball talk with guests about chronic pain and OUD. How can we respond to new or changing pain for people already on opioid agonist treatment? How can we navigate pain treatment for people with OUD in the context of the overdose crisis?

When it comes to treatment for substance use disorders, there’s no silver bullet. Medications can be important to support people with their recovery goals, but psychosocial treatments can provide a different kind of support and ensure medications provide the most benefit possible.

Evidence-based treatments often focus on a specific type of substance, like opioids or stimulants. However, many people have more than one substance that they use frequently.

S2 Ep6: Improving care for racialized people who use drugs

In Canada and around the world, colonial histories continue to influence people’s access to determinants of good health. Our society continues to advantage White people, and addiction medicine is no exception.

In this episode, Dr. Robert Fox, David Ball, and their guests discuss the intersections of race, ethnicity, and substance use.  How can we make our clinics more accessible for people of different racial and ethnic identities? How can we unlearn our own racial prejudice? In this episode, we use the term ‘racialized’ to indicate groups who are marginalized according to race as a part of their identity.

Join BC ECHO on Substance Use

Alcohol and Opioid Use Disorder ECHO sessions are held on Tuesdays and Thursdays, 12:00pm -1:00pm Pacific Time. Sessions cover a range of topics such as screening and brief intervention; selection and initiation of pharmacotherapies; and considerations for specific populations and patients with common co-occurring disorders. Join anytime!